Since the lockdown was imposed last year, entertainment choices for people to enjoy have restricted what they can enjoy while sitting at home. With people spending so much time indoors, it was only logical that avid movie lovers would fully utilize this time to watch their favourite movies, web series, talks shows and other entertainment options. Many people got to watch movies and web series they had been postponed due to unavailability of time. For their rescue came the streaming platforms that offered the audiences numerous choices for movies and web series. A streaming platform that received a lot of attention was Aha, launched in early 2020 by the Telugu film industry. This streaming platform had all the famous Telugu movies, web series and talk shows. It even had some other regional movies dubbed in Telugu for the masses to enjoy. The ability to watchTelugu movies online helped pass the time of many people.

BuchinaiduKandriga is a romantic drama movie that was released on 21 August 2020. BuchinaiduKandriga is available to watch online on the famous Telugu OTT streaming platform Aha. This movie includes Munna, DrishikaChander, Ravi Verma, Subbarao, Prabhavathi and PavithraJayaram. This movie is about two lovers, Balu, played by Munna and Swapna, played by Drishika. Balu falls in love with Swapna, who is a girl from a rich family. At first, Balu was in love with Sapna, then, later on, Swapna also starts having feelings for Balu and ultimately falls in love with him. Veeraswamy, played by Ravi Verma, is Swapna’s father and does not like that his daughter is in love with him. 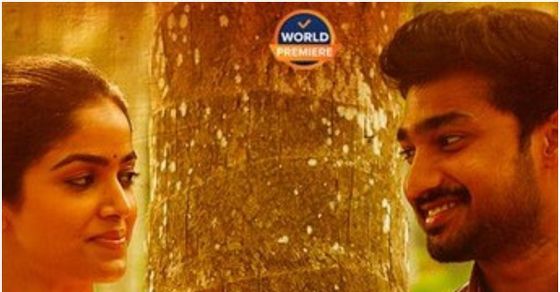 To enjoy their life quietly, both of them elope one day, which surprises their parents and do everything in their power to find them and bring them home. Since the girl is from a rich family, her family does not allow this relationship, and they are more furious about them eloping and are constantly trying to find them and punish them. The rest of the story is about how they try to slip away from their families and the things Blau would do to keep Swapna safe and save theri love. The brilliant cast did a fantastic job of portraying their characters properly. Krishna Poluru directs the movie, and Pamidimukkala Chandra Kumari is the producer of the movie. Mihiraamsh gave the movie it’s beautiful and soulful music while Ram K. Maheshan did the cinematography. Martha K. and Venkatesh did the editing, and it was directly streamed on the OTT platform.

Ravi Verma’s acting as her father was the most noteworthy acting of the movie, and all the other actors brought life to their characters and played their parts exceptionally well. The climax and a few minutes before the climax will leave you thrilled with never seen twists. The actors acting was mainly highlighted during the climax, and the director did a phenomenal job of bringing out the emotions where needed.

The pros of downloading music from the internet